Depression kills infamy and celebrities unanimously! What are the remedies? 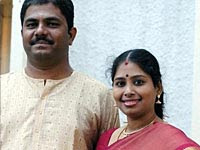 There was an unprecedented shocking incident happened on 20th December 2012

at Kotturpuram - Chennai due to mere depression!


At about 1.00 pm, the popular Carnatic vocalist Nithyasree’s husband
V. Mahadevan (45) was jumped off in to the Adyar river from Kotturpuram bridge
in a fraction of second with his Honda city car keys still inside his pocket.

Though the driver Mr. Suresh was accompanying him, he was unable to predict his next move and stop him from doing it. The cause for jumping to death and committed suicide seems he was grieving for his mother's death and could not handle the pain any longer!!

On inquiring further about this with Mahadevan's car driver Suresh and other people their statement was true and that he had been suffering from depression for the past 5 years and had been receiving treatment for it from a reputed hospital in Chennai too.

Following this statement and other facts the police have concluded that Mahadevan's suicide was indeed due to mere depression.

Though this sudden incident to Nithyashree Mahadevan's family has broken down all of our little hearts and conscience, what is the lesson we have to learn from? And what would be the preventive measure to stop/control these like unpredictable negative exertion? 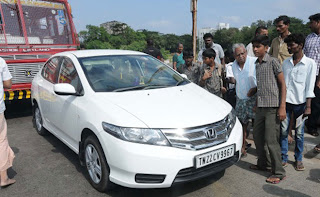 The worthy points on Depression to be noted down here are:

1. Depression kills people very easily and instantly.
2. Even the normal healthy people, if get sudden little Psy. disorders are taking tablets for it for a longer periods like 5 years, but found no reliable/permanent remedy.
3. Even the reputed medical institutions are still struggling to treat with these kind of ordinary Psy. ailments.
4. Even for the celebrities, the treatment methodologies, medicines and outcomes seems roundabout.
5. Even for a natural phenomenon like mother's death seems intolerable to few which leads to suicide, and the symptoms though presumed by relatives and medical people, could not stop them/prevent their self-ruining attitude.

What to do for your dears and nears if they get sudden depression?

1. Be loving to your beloveds and take care to watch their behaviors and self-talk / talks with others.
2. If any tragedy happens to your beloveds, however little it is, be more concern vigilant and take time to cheer them up.
3. Never leave them gloomy, depressed or see them to be in solitude for longer hours.
4. Try to find out their non-laughable state, and make them know the reality of life.
5. Go to a good Doctor /Institution/ Counselor / Guru, who can treat the patient with utmost care.
6. Put tablets as the Doctors say. But, never keep too much trust on tranquilizing tablets for a very longer period as any good doctors never recommend it to. Take it only as a temporary measure and then ask your good doctor to give a complete counseling/therapy to uproot the root cause.
7. Teach them to practice Pranayama (breath control) or simple meditation for 10-15 min a day. 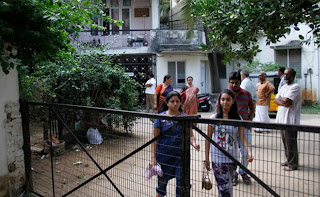 How to measure your beloved became perfectly normal from depression?

1. He/She should be seen with smiling face, moving with normal life and people.
2. He/She should have a sense of humour.
3. Brisk walk and merry talk with everyone.
4. He.She should not be addicted to tranquilizing tablets and external supportive systems.
5. He/She should openly admit to you that he has totally come out of the past nightmares and feeling happy.

Though the Almighty is paving the way and destination to everyone of us, it is our prime duty to look after our beloved friends and relatives, kith and kin, dears and nears when they are passing through their tough times in life. As the wise men used to say, always ever, all our distress and misfortunes... "Those-too-will-pass away", if only we are little bit careful and the Province also is helping us to be alertful so!! 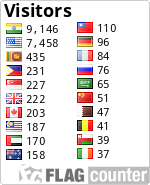